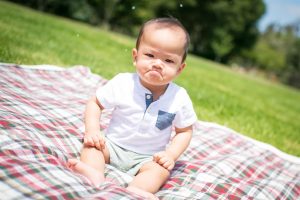 In yesterday’s initial component of the Harvey Mackay piece “We All Get Angry At Work Sometimes” series the focus was LISTENING.

(I wrote quite a bit about LISTENING and its overarching importance in my book), however, the focus of yesterday’s Mackay segment was specifically and rightfully focused on how that seemingly simple skill would go a long, long way in helping to solve conflicts in the workplace.

In any case…without further delay

We All Get Angry at Work Sometimes –

(What do you want to happen?”)

Conflicts in the workplace can get out of hand when people stop listening to each other and instead concentrate on defending their positions.

“The only things that evolve by themselves in an organization are disorder, friction and malperformance.”

Pay attention to YOUR behavior. What’s YOUR tone of voice? What is your body language saying to the other person? Focusing on your reactions and emotions will help you stay calm. Try to discern whether the other person wants something from you that he or she isn’t asking for.

Identify the real problem. Often the stated reason for a disagreement masks a hidden problem. You might be upset when an employee misses a deadline, but the root cause of your anger may be a perceived lack of respect for you. Ask yourself and the other person (or people), “What’s really getting in the way of a solution here?” Find the real obstacle and you’ll be in a much better position to remove it.

So…back to that piece and its message…my takeaway is the concept of what I’ll call VISION.

…our meeting room was almost always walking, around and through various parts of the campus at UC Berkeley…

“What do you want to happen?”

Circling back to the teachings of Dr. Stephen Covey…

Have a VISION for what you want to happen…keeping in mind the main thing.

If you have the humility to answer the “What do you want to happen?” question with

You’d have come a long way toward a resolution of the problem at hand as well as making a major leap in your personal evolution toward TRUE and effective leadership.

Have a look at that reflection in the mirror when asking it “What do you want to happen?”

If it’s “win-win” you’re really on to something.

Thanks again to Harvey MacKay for inducing this commentary…

You don’t get to be someone of his wisdom by not being wise!

P.S. We’ve now referenced 3 of Dr. Covey’s 7 Habits so I’ll repeat the suggestion from yesterday’s post…If you haven’t read The 7 Habits of Highly Effective People or need a great, inexpensive gift for a friend allow me to suggest considering it’s purchase.

P.P.S. With the spirit of the holidays in mind, I’ll provide a copy of my own book GRATIS as in no cost to you (through the end of 2018…) GET BARRY’S BOOK – NO CHARGE HAPPY HOLIDAYS

P.P.P.S. A friend wrote to me after reading PART 1 saying…